With billions of dollars at their fingertips and unimaginable sway in terms of what music we hear, what keeps most record company CEOs up at night remains the lowly person at their computer downloading music. 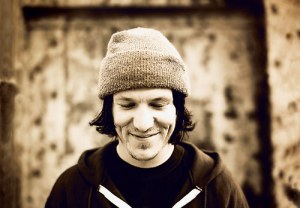 Industry types have all but likened illegal downloading to the disturbing images of southerners looting stores in the aftermath of Hurricane Katrina. This terrifying nightmare that record labels and their shareholders could be cut out of the equation has caused enough alarm to motivate the recordy industry to play hardball. They’ve sued hundreds of fans for downloading illegally, and according to Apple’s Steve Jobs, they’ve demanded that he raise the price for legal downloads in iTunes.

To be fair, the leaking of songs have already wreaked havoc on many record marketing plans, forcing some labels to move up the release date on albums by megastars like Eminem and 50 Cent, among others.

In the case of the latest victim of an online leak — late alt-rock singer-songwriter Elliott Smith — it would seem unlikely to cause his record sales to take a nosedive. In fact, the leak will probably help.

Last week, nearly two dozen demo-quality songs leaked online, giving nourishment to Smith’s longtime fans and renewing interest in an under-appreciated songwriter who has become more recognized since his untimely death two years ago. In fact, his hip-ness has grown to such an extent that we should expect his knit-cap-wearing visage to appear on an overpriced T-shirt at Urban Outfitters any day now.

Like contemporaries Kurt Cobain or Jeff Buckley, Smith has become a James Dean-ish poster boy — a sensitive, tortured artist of the slacker generation. As the familiar myth goes, his apparent suicide snuffed out his own artistic flame just when he seemed poised to burn brightest. Many contend that he was about to make a creative and commerical breakthrough.

In reality, Smith’s albums never sold well, but his reputation extended much further in the music community. Smith is most famous for having his song “Miss Misery” showcased in Ben Affleck’s and Matt Damon’s star-maker,”Good Will Hunting.” The track was later nominated for an Oscar in 1998, and Smith — wearing an all-white suit — performed on the Academy Awards telecast. Smith also amassed a fanatical fanbase that has endured his passing. From this fertile ground, the legend has sprung.

Smith was not a musical trendsetter and he didn’t rewrite the pop music rulebook. Rather, he bent the rules to his will, making popish songs that were catchy vessels for his introspective and tortured images. His songs were uniquely his, but somehow universally relatable.

He released only five solo albums during his life, but they all continually confirmed his gifts as an intuitive melodist and a darkly personal lyricist. As he moved from indie label cult figure to a major label’s pet project, his songs and performances on tape became markedly more sophisticated. His love of the Beatles also became increasingly pronounced. (His only posthumous release thus far was last year’s “From A Basement On The Hill.”)

The arrival of these 22 tracks, which leaked last Friday on a Smith online message board, wasn’t by accident. This Friday will be the second anniversary of Smith’s tragic demise. (At this writing, officials still haven’t ruled his death a suicide but it has long been suspected.) Whoever released these songs most likely meant it as a well-timed tribute to him and a gift to his still-loyal fans. (The leak caused enough of a ripple that articles about it have already appeared on MTV.com and the U.K.’s New Music Express Web site.)

These songs are currently circulating under the title of “From A Basement On The Hill II,” but this collection isn’t a sequel nor is it really a interrelated album. These songs are cherrypicked leftovers from throughout Smith’s recording career, according to various reports.

The sound and style varies wildly from track to track, but the only common denominator is that they all rely on Smith’s whispery vocal style and quick-fingered guitar playing. Some sound like home recordings or basic demos while others are obvious studio recordings with full arrangements and multiple instruments.

Some songs greatly benefit from the low-fi ambience. The muffled vocals and guitar playing and the squeak of the strings on “Placeholder” gives the performance an aura of intimacy as if he’s playing you a new song while sitting in your living room. The song is a tantalizingly hint at a greater song yet to be born from these building blocks. Smith’s lyric writing is also in fine form here, continuing to use simple language that conveys deeper meaning. An especially good line is: “He likes the way you look/Like an open book.”

Dark acoustic tracks like “Going Nowhere,” “New Disaster,” “Riot Coming,” “The Last Hour” and “Angel In The Snow” are just as powerful and promising. Again, there’s a temptation to imagine how these could be embellished with other sounds and maybe some drums, but these performances are so naked and direct, coming directly out of Smith, that they might just be the definitive versions. Their only real flaws are that they need to be louder and better mixed.

Smith takes time to celebrate his acoustic guitar influences on some very faithful covers. His voice perfectly recreates that of singer Alex Chilton for Big Star’s “Thirteen,” and he expertly executes the song’s complex picking pattern. While he doesn’t make the song his own, his version carries the same sensitivity and whimsy that makes the original so beloved. Smith’s take on Cat Stevens’ “Trouble” is tamer and less wooly than Cat’s (maybe because Smith’s vocals are more studied and not as robust and unhinged as Stevens’), but it too carries an eerie emotional punch because of the sincerity of Smith’s performance.

Listening to all the tracks back to back, the preponderance of personalized folk songs does take some stamina to get through. To ease the burden, there are some rockers sprinkled throughout. “Abused” features some Nirvana-like guitar sludge and could qualify as the most aggressive song of his solo years. “See My City Dead” is outlined by a pair of electric guitars that tease each only be pushed aside by blocky power chords for the chorus. Meanwhile, Smith apparently recorded two vocal parts so that he can duet with himself.

The most polished, “Amanda Cecelia,” is the only song with drums and combines layers of whimsical keyboards and bluegrass-like guitar notes to make an ebullient melody. Only on “Let’s Get Lost” does Smith combine his love of folk music and power pop. The song’s folk structure picks up added steam by using clipped electric guitar bursts to punctuate between the verses.

There’s no undiscovered radio hit here, but all the songs will lead to deeper appreciation of Smith. And although there’s little chance that a record label will hit the jackpot by releasing these songs, you can be sure that there’s some label honcho out there that’s throwing fits that these songs made it out there without a price tag. But this is ultimately a self-defeating position.

These are just the digital equivalents of the dozens of Beatles and Dylan bootleg vinyls that super fans snatched up in the ’60s, ’70s and ’80s. From these fans with passion, one could argue that the greater audiences got not only albums like “The Basement Tapes” or “Let It Be … Naked,” but outtake and alternate take-filled box sets and DVD bonus features.

This leak will benefit Smith in the long run. His songwriting and potent performance style are of such rare quality that any commotion that arises from his music and the more often his music can make it to the un-indoctrinated ear, it will likely win over a a new fan.

In fact, fans on one Smith message board are already suggesting they start a “Free Elliott” campaign, similar to the one that developed around Fiona Apple recently, to get a label to officially release these songs.

Eventually, stock in Smith’s abilities will rise, and when the industry finally has a new product of his to sell, it will mean better business. And that’s got to be a dream for any CEO.

Note: Please don’t e-mail me asking where to find these tracks as I can’t help you. If you want to find them, you’ll have to do some looking.