As a rule, musicians loathe being pigeonholed. 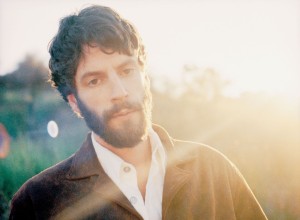 The problem is that most make it so easy. When it comes to classifying a specimen like New England folkie Ray LaMontagne, it’s best go through the check-list requirements of the new generation of singer-songwriters.

A degree of consistency isn’t such a bad thing, nor is following in a definitive musical tradition. Especially if you’re someone as talented as LaMontagne, who in recent years has been the focus of a groundswell of interest from appreciators of what Jack Black’s character in “High Fidelity” called “sad bastard music.” All this sniffing around LaMontagne was brought on by the quality and inventiveness of his tradition-adhering songs, which focus on his emotive vocals and strummed melodies. LaMontagne’s brand-new album is intended to conclusively seal the deal.

LaMontagne generated underground buzz two years ago with his acoustic-guitar-centered debut, “Trouble.” The stark, beautiful album was anchored by “Jolene,” a spare track of acoustic guitar and piano chords that undoubtedly ranks as one of 2004’s finest songs. The imagery-rich song is a forlorn melodrama about an unreachable woman who has bewitched our hero and now haunts him so even though he’s fled town.

Like the protagonist in “Jolene,” the new disc, “Till the Sun Turns Black,” is clearly haunted but by the spirit of the preceding album. It builds on those foundations by still emphasizing LaMontagne’s voice and guitar strum, but subtly introduces more instruments and rhythms to make for a more dynamic, multi-dimensional piece.

In comparison to like-minded artists, LaMontagne more clearly follows the model established by the ’70s founding fathers of the singer-songwriter movement (Van Morrison, James Taylor, Cat Stevens, Nick Drake or LaMontagne’s personal idol, Stephen Stills). He has none of Devandra Banhart’s quirky vocalizations or tripped-out lyrics and is a more expressive singer than Iron And Wine’s Sam Beams.

But what truly distinguishes LaMontagne from being a cheap pretender is his lyrics and melodies and the performance and the sound that he’s able to put across. On “Trouble” and especially “Till the Sun Turns Black,” he offers us a songwriter and performer capable of astonishing power and tenderness that makes you forget that there are pre-laid musical blueprints in existence. He somehow makes it all sound like new again.

It shouldn’t be like this. The album’s title track is just some droning acoustic guitar chord changes and LaMontagne’s downcast, indistinct whispers that switch to throat-choking howls. It has strings that aren’t all that unlike the ones that Beck used all over his exquisitely sappy epic “Sea Change” album. However, there’s a vitality and heart-pounding weariness in LaMontagne’s performance that overwhelm those conventions and tap into humankind’s common reservoir of emotions.

LaMontagne’s key asset is his voice, an instrument of gruffness and sensitivity. It consistently produces a sound like that of a quiet man who was lost in some lonesome desert and thirsts not for water but to tell a listener of a heartbreaking story about how he came to be lost in the wilderness. Song to song, the story and tone changes but not that sound.

With a bright, plucked melody reminiscent of Mexican folk music and upsetting lyrics about relationship turmoil, “Lesson Learned” perfectly follows this kind of vision. LaMontagne never sings more passionately, but the twist here is that in the verses, the woman is the jilted pursuer while LaMontagne is vindictive by keeping his emotions to himself. “I wear the brand of traitor, don’t it seem?” he sings. “I was like a statute,” he later laments with a tone recalling guilt. Similarly, “Empty” has a striking folk-country strum that contradicts with the narrator’s feelings of bleakness.

“You Can Bring Me Flowers” is an entirely different musical animal. Here we have a track with a Gotham, bebop jazz flavor. There are brush-played drums, a quiet, repeating electric guitar lick and a trumpet and sax duet that punctuate and honk beneath LaMontagne’s cool croon that might be a love letter to Billie Holiday or Etta James. The song’s Downtown vibe is capped by a sassy flute solo. Somewhere, a beatnik is smiling.

The album’s uncontested high point is “Be Here Now,” which is one of the record’s most complicated and longest cuts. It has an acoustic guitar melody similar to Leonard Cohen’s “Suzanne,” but is supplemented by well-placed piano notes and the surging sound of strings. All of these instruments add flecks of color to the naked acoustic guitar, but it all seems to effortlessly bloom together into a full majesty during the chorus, bolstering LaMontagne’s singing.

“Barfly” is not that grandly arrangement. The cut is a spooky, moody song sketch that would be largely unremarkable if it weren’t for barely audible guest harmony vocals from fellow traveler, singer-songwriter Rachel Yamagata, and then how the track morphs into a Hammond organ-fueled mini-jam freakout at the end.

“Three More Days” is the great break from the folkie formula and is an excellent moment that re-energizes the record with some ’70s Southern soul. The lyrics are a dime-a-dozen road song, but the track has an infectious, funky rhythm created by a high-hat-abused drums, pencil-thin guitar rumbling and brilliant electric piano supplied by John Medeski of jam-band noodlers Medeski, Martina and Wood. A Stax Records-influenced horn section brings the cut to a thrilling apogee and then plays us out.

For many, the singer-songwriter genre might seem thoroughly played out. Forty years after the ’60s folk music revival gave birth to their kind, it would be reasonable to argue that everything that could be said with an acoustic guitar has been said.

But, this legacy doesn’t weigh down on LaMontagne nor does it explain away his continuing appeal. Rather, it’s a testament to his abilities that he can operate in this well-known formula and offer seemingly fresh sounds.

Each new song offers compounding evidence of why LaMontagne’s songs are well on their way to being added to the existing canon.