A producer’s position in the music world is precarious. They straddle the dividing line that separates the front of the operation — namely the artist or performer — and those who operate behind the scenes. While they are often integral in an album’s birth, the majority of the credit will always go to the person whose picture is on the front of the CD. 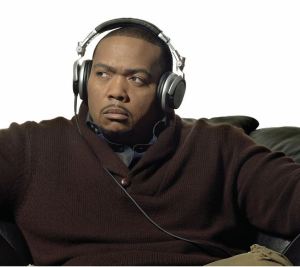 The role that producers play varies with the personalities involved. Some are silent partners in the creative process. Others are covert sales people seeking ways to connect an artist’s music to the marketplace. A relative few, however, are master strategists who bring their own well-defined palette of sounds and from there, chart a musical course for whom they are working.

Besides Daniel Lanois or Nigel Godrich, Timbaland is one of the select modern-day producers who belongs in this category. The Virginia-native brings a powerful and identifiable sonic approach to the artists that he works with, and it is a strategy that has often yielded gold and platinum results. So, it’s a disappointment that his new solo album, “Timbaland Presents: Shock Value,” makes obvious the limitations of his time-tested strategy, allowing weaker songs to undo his newest feats.

This is what makes “Shock Value” so shocking. It shouldn’t be like this. With only the Neptunes as rivals, Timbaland is the pre-eminent producer in R&B, hip-hop and pop. He’s helmed tracks for a constellation of music’s brightest stars, including Missy Elliott, Justin Timberlake, Jennifer Lopez, the Game, 50 Cent, Bjork, Beck and dozens of others, steering many to millions in sales. One of the benefits of having such a lengthy client list is that when Tim wants to call in some all-star talent to populate “Shock Value,” he only needs to flip through the pages of his little black book. The impressive guest list includes his longtime partner Magoo as well as Elliott, Timberlake, 50 Cent, Nelly Furtado, Dr. Dre, the Hives, Fall Out Boy and Elton John.

The record is presumably his second “solo album,” but it is a hodgepodge collection of tracks with a shuffling review of guests fronting each song. Timbaland’s imprint can mostly be felt in the thudding, synthetic-sounding music. It’s his album, but his rapping only fulfills a supporting role. While Tim’s deep, booming voice has often chimed in on his chart-soaring creations (his was the velvety voice famously bleating “The damage is done/So I guess I’ll be leaving” during the bridge of Timberlake’s “Cry Me A River,”) his vocal appearances are just as sporadic on “Shock Value.” It’s as if the expert producer in him, long-schooled in which musical elements constitute a hit, knows his own deficiencies as a performer prevent him from ever dominating the spotlight.

Another peculiarity is the difficulty in assessing “Shock Value” because Timbaland is such a single-focused producer. He excels when he’s commissioned to create three minutes of slamming ear candy that also challenges fickle listeners with new musical modes of attack. While this modus operandi makes his beats the ideal vehicle for the iPod generation, it also extenuates his inconsistency as a songwriter and his weak conceptional vision when required to fill an album’s broad canvas.

To occupy its 62-minute running time, Tim has neatly carved the disc into sections by genre. There are a handful of tracks featuring R&B and pop superstars, a pair with gangsta rap’s greatest and a quartet of songs with assorted rockers. This idea kindly allows fans to stay with the style that they prefer, but fragments the album concept and reinforces the idea that Tim is just cutting potential singles.

He definitely connects with “Give It To Me.” It’s a mellow, slinky club jam that meshes odd, polyrhythmic drumming, a “Twilight Zone” countermelody and digitized keyboard belches with vocals supplied by Furtado and Timberlake. Perky Furtado has never sounded so seductive as a stuck-up dance floor diva and Timberlake is convincing as the suitor who isn’t sure he wants to play. When Tim interrupts the two, his rhyming is heavily tweaked so he sounds like a growling robot. The cut is an example of the outside-the-box approach to hit-making that has earned Tim his reputation.

“Come And Get Me” isn’t as unorthodox musically, but represents a kind of baseline, meat-and-potatoes beats that Tim is expected to deliver for his top-tier clients. As the mechanical drums pump, Tim toys with two competing harmony vocal samples. Like a kid playing with Legos, Tim slowly builds up the voices into various forms and shapes, but quickly resolves the melody arrangements before the verse is over. Then he repeats the pattern all over again. This insistent, choir-like fan of voices provides an ideal backdrop for rappers 50 Cent and Tony Yayo, who while still rhyming about gangsta cliches, are two of Tim’s most indelible and rhythmic helpers.

Despite his creative use of sampling, rhythm and arranging, Timbaland as a rapper is consumed with boasting and attacking his invisible detractors, just as Dr. Dre was on his comeback, “2001.” The flush of success appears to encourage a Charles Foster Kane complex in every new mini-mogul. “You could say I changed the game,” Tim raps on opening track “Oh Timbaland,” and he certainly believes it. As a clavinet, high-hat and jangle guitar bump and grind against each other, Tim musically makes good on his proclamations. However, he’s not always as consistent.

For most of the album, Tim follows his strongest compositions with several weaker ones, forcing his listeners to wade deep into his laziest beat-making and his microphone hubris before reeling them in with another winner. The problem with setting the musical bar so high is that we can hear when he’s just phoning it in. “Kill Yourself” is so un-ambitious that it’s disappointing. He employs annoying aria singing (think of the sounds of whales speaking), but tries to jazz it up with a simple drum machine and a little piano twinkling. “Release” is more elaborate and interesting, but it gets old. A monotonous P-Funk-style, monster-movie keyboard lick and there’s little that carved-up samples of Timberlake singing can turn it around. It really comes across like Tim made the track to win a bet that he could craft a jam using vocal snippets from Timberlake’s stop at his studio.

It isn’t completely Tim’s fault, either, as his pitch hitters sometimes fail to deliver the goods. Keri Hilson consistently oversings “Scream,” operating under the mistaken impression that her weak voice is some powerful instrument that is bursting forth. On “Fantasy,” vocalist Money sings in a dull baby-doll fashion and with a weird deliberateness to each syllable so she sounds like she’s singing with Prince’s screechy falsetto.

The disc’s rock section is awash with these contradictions, as interesting hybrids butt up against experiments gone haywire. Although their career has cooled off since scoring a modern-rock hit in the weeks after Sept. 11, Swedish retro-rock export the Hives are white hot energy on “Throw It On Me.” The track’s thin, Telecaster guitar riffing hovers above the pulsating dance beats in a spirit similar to “The Flight Of The Bumblebee.” The song is part rocker and part disco workout with the jagged guitar trading melodies with techno keyboards. The cut also benefits from Timbaland really stepping forward as a rapper. He puffs up his voice like Rob Zombie and his aggressiveness on the mic keeps the cut moving. As Tim raps, Hives singer Pelle Almqvist is his Flavor Flav. He howls, yells and screeches and generally keeps the song’s energy level high.

In contrast to the adrenaline of “Throw It On Me,” Tim’s collaboration with She Wants Revenge is the austere New Wave of “Time.” A stilted, muted bass and guitar combo create a dark-sider aura that envelops the treated, deadpan crooning of vocalist Justin Warfield. Tim’s rhythmic flow gives the track a different spin and makes it exceptional.

The same can’t be said for Tim’s partnering with Fall Out Boy, which is grossly glam-y and too eagerly surges into a typical bash-and-holler emo chorus. Even more heinous is when Tim links up with Colorado expatriates OneRepublic for their pretty but supremely corny ballad “Apologize.” The number opens with a piano intro swiped from Journey’s “Don’t Stop Believing,” as if an invocation to the gods of arena anthems. As singer Ryan Tedder attempts a decent impersonation of Coldplay’s Chris Martin, Tim’s production — canned handclaps, keyboard-derived syncopation and bass — kicks in after the first verse and just solidifies any suspicions about whether you should have skipped this track.

Song to song, “Shock Value” is just as erratic. Timbaland’s production skills remain sharp throughout — although the same can’t be said for his instincts. It’s condescending to chalk the record’s problems to a format that he isn’t suited to, but there isn’t an easier explanation. Or maybe being thrust into the spotlight caused Tim to lose the overarching perspective that has served him so well in the studio.

Regardless, this is the downside of stepping out as a performer, which Tim has often been able to avoid by remaining the man behind the mixing board. Now that he’s on the other side of the studio glass and has his face on the album’s cover, there’s no one that he can blame for the inadequacies on “Shock Value” but himself.