Only hours from now, it will be St. Patrick’s Day again and we’ll all be able to act for just one 24-hour period as we imagine the Irish spend every day: celebrating our ancestors’ culture with boozy abandon. The whole charade hypothetically plays out like a ruddy-faced version of those bar/dance party sequences from every new season of MTV’s “Real World.” 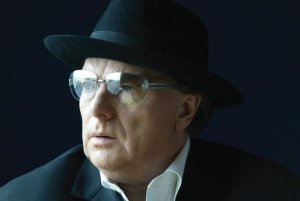 Celebrating St. Patrick’s Day — whether you’re Irish or not — is easy to do because besides all ties of kinship to the Emerald Isle aside, its supposed qualities align so nicely with modern consumer culture. Really, who can’t get behind a little drunken bacchanalia?

Speaking of drunken bacchanalia, at this time last year, we talked about the Pogues and how this legendary and bawdy Irish combo single-handedly bridged the chasm that existed between traditional Irish music and modern Anglo-American punk. Because of that band, odd instrumental bedfellows like tin whistles and electric guitars were transformed into easy allies and became as thoroughly an Irish combination as Guinness and shepherd’s pie. They also succeeded in opening the door to Irish culture in ways much less garish than wearing a leprechaun outfit.

This year, however, I wanted to delve into the career of another Irish artist who has established a powerful musical legacy, but one who has an entirely different attitude to his native heritage. Van Morrison remains a revered figure in pop music. Thirty-seven years after he released his greatest album and despite a career that has more white-knuckle twists and turns than a journey through Ireland’s backroads, Morrison’s music is still a must-have staple for classic-rock radio stations while The Man himself continues to sell out venues around the globe.

Unlike the Pogues, Morrison’s Irish-ness is definitely part of his identity, but interestingly not a fundamental to his music. He’s called the Belfast Cowboy, but he has mostly turned his back on traditional Irish music. Instead, the cornerstone of his songs has always been American roots music. Even after 30 or so albums, the flame of his passion for this music still burns.

Now, there’s no doubt that his upbringing in Northern Ireland had an effect on his singing and songwriting and local places and names have featured in many of his lyrics. (It also might have shaped what type of music he might like.) Morrison also recorded an album of traditional Irish music with the Chieftains in the ’80s and played the occasional traditional tune. But, those influences are mostly relegated to the shadows, elbowed to the side to make way for the building blocks of his songs, which overwhelmingly take their cues from America’s urban blues, jazz, country, soul and especially, old-school R&B. The idea that Morrison is the exemplar of some genre called Celtic folk or Celtic soul is just inaccurate journalistic shorthand.

During Morrison’s stint fronting the British Invasion group Them and in his early solo career, his songwriting churned out snappier, radio hits such as “Gloria” or “Here Comes The Night.” These songs were built off templates laid down by his American heroes: Ray Charles, Little Richard, Leadbelly and the blues masters. Without undervaluing Morrison’s songwriting and singing gifts, this material was essentially a reaction to the American music that had such an impact in the British Isles on the post-World War II generation. With his signature wailing vocals, Van could have easily passed for an American singer.

Even at Morrison’s creative pinnacle, when he recorded his greatest albums, “Moondance,” “Astral Weeks” and “Tupelo Honey,” he wasn’t wandering the Wicklow Mountains playing his acoustic guitar. He was hanging out in clubs in Boston and New York and living in Woodstock, N.Y., and southern California. He was exploring folk, country and soul influences and placed himself into the orbit of Bob Dylan and the Band. Lyrically, he was drawing on the fantastical work of William Blake and other Romantic-era poets. Morrison was again absorbing those sounds and weaving them into new compositions to spectacular effect.

Today, Morrison is essentially the leader of a show band and his companion albums mirror his frequent live performances. His most recent records, like “Days Like This,” “Back On Top,” “Down The Road,” “What’s Wrong With This Picture?” and “Pay The Devil,” closely favor his earliest loves of blues, rockabilly, country and R&B. If his songs no longer swing wide open into his imagination, his singing is still vibrant and he continues to spit out mighty turns of phrase. He seems to have found contentment in this frenetic pace of recording and touring and has settled into the comfortable role of a no-frills celebrator of 20th Century American music.

Van Morrison exemplifies the transitive nature of culture in the modern world. You can’t change when and where you are born, what race or ethnicity you are and what culture you were raised in. And you are just as powerless to resist what you are drawn toward. Culture is no longer a lifetime subscription and there are many opportunities now to create your own culture based off disparate influences. There were few direct connections between the Mississippi Delta and docks of Liverpool, England, and yet, just like Van Morrison, each of the Beatles fell under that music’s spell. They didn’t become English folk musicians. While these places seem completely separated geographically and culturally, there was something about this music that they could identify with and it bridged the gap.

Years ago, I remember a fellow reporter had a chance to interview Irish folk musician Tommy Makem, famously associated with The Clancy Brothers, before he was to play a gig in town. The reporter listened as Makem condemned the Rolling Stones for pretending to be Americans and acting, as he said, like black-influenced, southern-rock group instead of holding true to their British roots. After the story ran, another reporter pointed out that in the photo we ran of Makem, he was in the middle of a field playing an American-made banjo.

Perhaps this isn’t a uniquely modern concept. For years, civilizations traded and stole technology from each other. They appropriated what was desired and jettisoned what truly seemed alien. Now, however, technology and mass communication has eased and accelerated the spread of ideas.

Besides the joy and power of the melodies, Morrison’s songs such as “Brown-Eyed Girl” and “Moondance” also contain an unconscious reflection of American culture. Morrison’s music offers a rare opportunity to catch a glimpse of how others see America and its popular music through another set of eyes.

This brings us back to St. Patrick’s Day. While this holiday remains an annual reminder for some to reinvestigate and celebrate their origins, for many Americans, it’s a symbol of our continuing ignorance about Irish culture. While Morrison does a service to what he’s appropriating, Americans don’t return the favor.