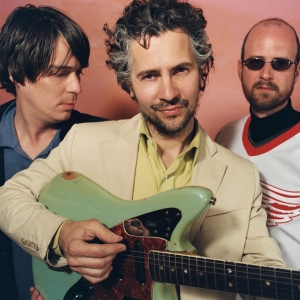 For the army of supposed freaks who accepted the open invitation to the wide-eyed psychedelic-rock group’s free performance on Saturday night in Madison — drawing in suburban ex-hippies, aging hipsters and edgy college students — the Lips employed an arsenal of new stage props as well as their newest tunes to pull off a confetti-drenched celebration that was an unofficial send-off to summer.

“It’s a perfect night,” head Lip Wayne Coyne said matter-of-factly from the stage. “We’d forgotten how beautiful it is at the end of the summertime.”

The Oklahoma-based Lips headlined the SoCo Music Experience in Madison. The event, held at Willow Island near the Alliant Energy Center, was sponsored by Southern Comfort and was free to anyone older than 21. (The real costs of entry were your personal identity. Organizers scanned attendees’ driver’s licenses so as to presumably add them into some database. Concert go-ers also became a captive audience to a legion of alcohol-touting billboards and paraphernalia on the festival grounds.) A similar event — also headlined by the Lips — was held in San Diego last week and two more are being planned soon in St. Louis and Phoenix.

Like the festival, the Lip’s performances in recent years have become as refined as a clever marketing campaign. While their late ’90s renaissance was propelled by the art-rock symphonies on 1998’s “The Soft Bulletin” and 2001’s “Yoshimi Battles The Pink Robots” and the lump-in-your-throat emotions that band leader Coyne has tapped into with his lyrics, the art of the spectacle is the medium that the group has truly perfected. At about the same time as they composed their best albums, the band members recognized that apart from multi-instrumentalist Steven Drozd, most of the Lips are only mediocre live musicians.

To overcome this drawback and to deliver a mind-warping wallop in concert equally as powerful as their recorded music, the band took technical skill out of the equation. They’ve increasingly shifted the emphasis of their performances to showmanship rather than fancy licks. In this way, the Lips have created a concert experience that is nearly bulletproof. So long as the balloon-filled party keeps rolling, the cheerful gimmicks become more outlandish, and the group maintains a sense of youthful euphoria, the Lips will continue to rank as one of rock’s greatest touring acts.

From the extent of the group’s new stage show, it’s obvious where Coyne has spent most of the band’s recent windfall. The Lips’ live setup was always something of a homemade effort including colorful balloons, smoke machines, spinning disco balls, mismatched, projected film clips, dancers in animal costumes and loads of confetti. Their new toys are even more elaborate. Instead of a VCR tape displayed on a portable screen, the group now has a half-moon-shaped video wall comparable to the one used by their heroes Pink Floyd. They also have several air cannons which spray confetti, air guns that shoot party streamers and most spectacularly, a giant plastic orb that the salt-and-pepper afro-ed Coyne climbs into and can crowd surf in by scampering across the sea of hands. With the quartet playing on center stage, the musicians were flanked on both sides by men dressed in Santa outfits and women pretending to be aliens in blue “Jetsons”-esque miniskirts. One can’t underestimate the child-like glee such sights inspire in thrill-seeking adults, and this reveals the brilliance of Coyne and company’s strategy.

The rush of cut-and-paste visual images and onstage chicanery kept the audience thoroughly entertained on Saturday, but the Lips on this night were also on their game musically. Their latest album, “At War With The Mystics,” was less ebullient and less melodic than its predecessors, but the four new songs that they chose to perform Saturday night became much more catchy live. The Beck-skewering “Free Radicals (A Hallucination Of The Christmas Skeleton Pleading With A Suicide Bomber)” wasn’t as chaotic as the studio version and saw the group showcase some of their classic rock influences that underlie their music. Coyne played a red, double-neck Gibson like Jimmy Page’s and strummed the cut’s hard-hitting riff while doing dead-on Pete Townshend-style mid-air splits. Meanwhile, Drozd did Peter Frampton proud by utilizing his patented talking guitar effect.

Although old standbys like “Fight Test,” “Mountain Side” and “Race For The Prize” were familiar renditions, the band managed to play them with the same verve as if it was the first time. (“Race” concluded with Coyne wrapping his body in the waves of streamers like he was a mummy.) “Yoshimi Battles The Pink Robots,” however, was rearranged like a ballad. Drozd accompanied Coyne on a piano that sounded like it was swiped from a toddler’s crib. Coyne tried to lead the crowd in a singalong, but was cracking up as the crowd chimed in on the sometimes ridiculous lyrics. Another song that was drastically reimagined was a cover of Led Zeppelin’s “Kashmir.” As the band performed to this remix featuring the song’s descending riffs and a repeating sample of Robert Plant’s sensuous cooing, Coyne played “Taps” on a modified bugle.

Later on, that same bugle would signal a change in tone near the concert’s end. Taking a breather from the festive atmosphere, Coyne’s between-song chatter turned serious as he mentioned the Iraq war and President George W. Bush. He lamented the loss of young soldiers in the war and encouraged the crowd to vote next November so as to bring the war to a speedy conclusion. He also talked about how the U.S. military is allegedly using the electronic bugles like his because there are so few buglers for the number of military funerals. He added that songs like the twin anti-war anthems on “At War With The Mystics” can be awkward, they allow listeners the opportunity to “scream back at this dark thing.”

To most effectively get his meaning across, Coyne’s political commentary took two forms. First, he seduced the mind, using all his frontman skills to connect emotionally with the audience, playing the good-natured preacher engaged in the good fight during “The Yeah Yeah Yeah Song (With All Your Power).” As he strummed a modified acoustic guitar, Coyne stretched out his hands during key passages, reaching out to the crowd, pleading with each one to use “all your power” to affect change.

By contrast, “The W.A.N.D. (The Will Always Negates Defeat)” had Coyne exorcising frustrations about the current state of affairs through physical catharsis. Drozd hammered out a snarling Black Sabbath guitar riff and Coyne howled into a megaphone that blew colored smoke from the sound horn. His distorted vocals were a nod to Ozzy Osbourne. But instead of being surrounded by the Prince Of F****** Darkness’ legendary bubbles, Coyne was awash in fancy, lime-green lasers and the pulsating strobe light that hung around his neck.

Credit the emotional pull inherent in the group’s music as well as their onstage shtick for how Coyne was so quickly able to reel the audience back in for the group’s two biggest hits, set-closers “Do You Realize?” and “She Don’t Use Jelly.” After several minutes of tense words and bleak visions, both songs were like volcanic eruptions of cheerfulness. Even when Coyne’s gigantic, confetti-filled balloon — inflated using a leaf blower — burst too early, it didn’t dispel the joviality or good will. With only Drozd’s electric piano to assist, Coyne lead the audience through a final sing-along.

New Orleans’ good-time, groove-rock combo Cowboy Mouth was lighter and unquestionably the day’s most polarizing act. Their loud-mouth, singing drummer looked a lot like Fred Flintstone, but was even more obnoxious. He was a large personality who could be an electrifying performer, galvanizing the audience’s energy and then delighting them with some musical showboating. He also resorted to cheap tricks, needlessly climbing into the audience and spilling a guy’s beer, just to provoke the skeptical crowd into paying attention. Thrash-metal trio Sick Puppies were far more serious and looked primed for sunburns with their black-clad and tattered appearance. When they weren’t channeling modern-day metal radio, the group impressed by mashing up “Say My Name” by Destiny’s Child with some riffs extracted from Green Day’s “Brain Stew.” Only a few dozen attendees greeted Goat Motor, the Chicago rock outfit who opened the event, and they missed a promising beginning.

A handful of local acts performed on a second stage as the main stage was set up for the next act. Groups like Shoeless Revolution, Sunspot, The Sharp & The Harkins Band, Selfish Gene and Del Mar drew the curious on their way to festival’s T-shirt or drink booths. Of these, the Crazy Horse/Grand Funk Railroad-inspired Selfish Gene delivered the most compelling set. Some of the local musicians later made it to the main stage when they were invited to don costumes and join the Lips onstage.

This was no surprise. When the Flaming Lips throw a party, everyone is invited.