Bruce Springsteen likely has a secret that he wants to keep on the down low: There’s a part of him that kinda resents the E Street Band. 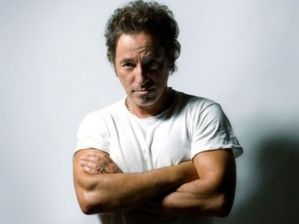 This isn’t the kind of revelation that Bruce would fess up to with Barbara Walters. Instead, this theory is something born out of the Boss’ career choices. It’s something so dark and deep-dwelling that perhaps even Springsteen himself doesn’t consciously realize it, but should it ever get out, it would deliver a mighty blow to his legend.

For proof of this, one need only examine his recent discography. Two of his last seven studio records have featured the E Street Band, and since Springsteen famously reconvened the long-cherished group in 1999, he’s released just as many albums without them as with them. His newest record, “Magic,” is another realignment with the E Street Band, but one that emphasizes the factors that likely feed Springsteen’s conflicted feelings about his backup troupe and sparked their periods of estrangement.

The root of this lies within Springsteen himself. After more than 30 years in the media spotlight, two impulses clearly dominate his creative life. On one side, there’s Bruce the dedicated artist. He’s willfully exploring and searching musically. He’s tirelessly recording new songs, even shelving whole albums that he felt didn’t make muster. This is the part of the man who steadfastly bucks against creative constraints. This motivated him to coldly sack the loyal E Streeters in the late ’80s, hire new musicians and since reuniting with his old sidemen, prompted him to remold these old hands to conform to his evolving artistic needs.

And then, there’s Bruce’s practical side. This is the side of him that understands that the music business and who knows that a music career involves compromise. This Springsteen knows how indelible the E Street Band is to his image as the bard of the Boardwalk and what their presence means for album/ticket sales. He realizes rock stars must play to and nudge along much-loved myths and in this case, keep around musicians long after they’ve fulfilled their artistic usefulness. This explains why the E Street Band boasts four guitar players (including wife Patti Sciafa) and why a poor, saxophone-less Clarence Clemmons must sit on a stool and half-shake a tambourine for much of their concerts these days.

The conflict between these two aspects of Bruce’s personality is every bit the epic emotional slugfest that would play out in one of Springsteen’s songs (think “Tunnel Of Love” or “Darkness On The Edge Of Town” instead of “Greetings From Asbury Park, N.J.” or “Born In The U.S.A”). There’s part of him that just as likely loves those guys and enjoys the reliability and familiarity that they provide him on stage and in the studio. But, one can see he believes he needs time apart and he can’t hide his growing fixation with acoustic music. The E Street Band’s stadium anthems often don’t fit the bill, but most of the record-buying public wants the two sides together.

Springsteen has only recently learned the trick that Bob Dylan learned long ago. A dedicated solo artist should never stay with one group of musicians too long. Like Tom Petty and his Heartbreakers, Springsteen will never be able to extricate himself from this group of players. He now knows that any exiled journeys from E Street will always eventually require him to return home.

And so, once again, Springsteen is back in the safe, secure and lucrative arms of the E Street Band on “Magic.” His last two “solo” records, “Devils And Dust” and “We Shall Overcome: The Seeger Sessions,” explored folk music and rank among his most musically challenging efforts. Record sales, however, were soft and for the first time in years, tickets to a Bruce Springsteen show were sometimes readily available. The message that Bruce was getting from his audience was as deafening as the musical roar that he could expect from the E Street Band.

Therefore, it’s not surprising that with a new reunion album in the offing, the Boss’ handlers sought to play up the E Street connection to turn this listing ship upright and headed in another direction. His manager/former music scribe Jon Landau has peddled the new disc to Rolling Stone magazine as a “high energy rock” record and that it enjoys an “E Street Band heavy” sound. “Magic” is certainly better and louder than the mostly over-hyped “The Rising” — Bruce’s first reunion record with the band — but lacks the common thematic quality of those tracks. The disc is also mellower, full of loose, groove-based rock cuts that are lustier and less intense lyrically. The new tunes aren’t as vocally gut-busting than a lot of his classic work either. Springsteen and company are no longer recording all-consuming emotional tomes. Instead, the Boss is content with middle management, transforming himself from the blazing, romantic firebrand who sang “It’s a death trap/It’s a suicide rap/We got to get out while we’re young” into a wearier middle-ager more comfortable in his sagging skin, crooning lines like, “Hey pretty darling, don’t wait up for me/Gonna be a long walk home.”

The record again features the skills of celeb producer Brendan O’Brien, who has guided several of Springsteen’s recent output. With several Springsteen efforts under his belt, O’Brien has refined a method for recording and compartmentalizing the sometimes overwhelming orchestra of musicians in the mix so that they are distinct contributions but that blend with the Springsteen-led whole. The songs sound thoroughly contemporary, but with sonic motifs that allude to the combo’s past.

One of those tracks that appears tailored to appeal to the younger demographic is “Radio Nowhere,” the album’s first single. The cut is an uptempo rocker. Three distorted guitars ripple across the rhythm and a smart Max Weinberg drum pattern gives the track some unexpected gusto. But, in many ways, a disconnect exists that thwarts Springsteen and O’Brien’s mission. Lyrically, this is a composition that will strike a chord more with his core Baby Boomer following, a generation for whom radio factored in as such an important part of their identity and offered a critical conduit to music. The song’s relevance and emotional draw is more tenuous for anyone younger than 30. For the generations that grew up with more media options like MTV, big music magazines and now the Internet and MP3 players, issues like rock radio’s zombification and dwindling listener base are about as painful as lamenting the decline of typewriter sales.

The record is most exciting when the music and lyrics are carefree. “You’ll Be Coming Down,” “Livin’ In The Future” and “Girls In Their Summer Clothes” come across like brief but exciting glimpses into the band rehearsing in Asbury Park. The group is committed and yet relaxed. Springsteen’s vocals slur in a quasi-twang while the previously diminished Clemmons finally has room to add some tasteful saxophone mini-solos. “You’ll Be Coming Down” and “Girls In Their Summer Clothes” are slices of Phil Spector-inspired summer sing-alongs. “Livin’ In The Future,” however, has a familiar sashaying R&B format, but the E Street Band’s instrumental prowess keeps the song from sounding rote. The group sticks to the game plan, but occasionally breaks the mold. It’s thrilling to hear Springsteen harmonize again with guitarist/ex-“Soprano” Steve Van Zandt and then get out of the way for Clemmons’ sax. Organist Danny Federici emerges from the back of the musical pack to deliver the disc’s fiercest solo.

Springsteen is less impressive when he starts to care too much about what he’s singing about or when he and O’Brien focus too much on blowing the music out to grand proportions to meet the E Street Band’s full capacity. The strings-filled “Your Own Worst Enemy” is clumsy, dull and melodramatic, with certain passages faintly recalling the Rolling Stones’ “Ruby Tuesday.” “Gypsy Biker” is a messy tour de force. Springsteen plays some biting harmonica and the track’s flexible arrangement allows the guitarists to cut loose with some raucous runs, but the core rhythm is all drive and no melody. “I’ll Work For Your Love” has some of the disc’s best lyrical imagery and yet suffers from the album’s least interesting musical delivery. A bouncy guitar strum is trimmed by organ and piano parts, but there is no dynamic action between the instruments, just a mush of sound.

Springsteen and O’Brien are truly able to rekindle the E Street magic when they deploy the musicians only as necessary. Tracks like “Devil’s Arcade” and the record’s title track are slow builds, beginning softly and then developing strength and taking on melodic embellishments as Springsteen leads us deeper into the heart of the songs. Springsteen’s singing is seductive as it slides between the understated guitar licks, violin passages and keyboard lines, and each, in turn, compliments his vocals. Both cuts have a sense that Springsteen is finally assigning parts and solidly conducting the band instead of letting the group’s massive sound orchestrate him.

“Magic” concludes with a secret track, “Terry’s Song,” which was a last-minute addition to the record. Begun with piano notes eerily similar to his “Born To Run” epic, “Backstreets,” the cut is an ode to Springsteen’s longtime assistant who recently died. Based around an acoustic guitar melody, it’s a Guthrie-esque portrait that sentimentally compliments its subject. Springsteen’s voice stays in the pocket, but trembles slightly with an emotional power that contributes another element to the track. It bears out his own feelings on the subjects of friendship and loyalty.

More than likely, Springsteen shares a similar deep bond with the members of the E Street Band, and an underlying aspect of “Magic” is despite how often Springsteen the artist has chafed at being harnessed with the group and their shared legacy, he’s still searching for something to say with them musically. “Magic” proves that he’s occassionally right. The album also signals a recognition on his part that he still needs them, perhaps for artistic as well as financial reasons. And now that he feels comfortable in stepping away from the group from time to time, it assures that his artistic impulses can be satisfied. Meanwhile, he always has the E Street Band to fall back on when he wants to be New Jersey’s greatest rock star and the poet laureate of working class America.