While it’s easy to love the celebrations surrounding St. Patrick’s Day, there’s no denying that it casts a light on both the best and worst attributes of Irish culture. Surely, the most controversial aspect this holiday serves to bring to the surface remains the Irish people’s (and the millions of Irish descent spread around the globe) complicated relationship with alcohol. 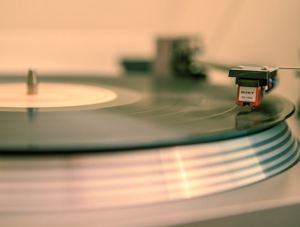 Although the drinking leprechaun stereotype marks the Irish as the personification of liquored-up irresponsibility, quarrelsomeness and wantonness, drinking’s true purpose in the Irish psyche and culture is obscured. If a stop at the local pub, bar, tavern or improvised watering hole is the inalterable center of Irish social life, raising a glass or two is the sacrament that sanctifies the occasion and renders holy the kinship that comes with the shared inebriating experience.

A visit to the bar or pub is an environment where many of the oppressed (and repressed) Celtic people have momentarily found a reprieve from their troubles. It’s a venue where they can safely express their sorrow, anger, love or lonesomeness, temporarily tame it and turn it into something positive. And after a sip or two, hearing, playing or singing a traditional song — the Irish equivalent of gospel music — is the vehicle to further the moment, excise some demons and entertain your coconspirators.

Irish traditional music, sometimes called trad, has a rich history that has been deeply influential on all aspects of Western music — from folk to punk to hip-hop. The music has a well-known reservoir of ballads, jigs, reels and rebel songs that likewise hiding meaning (personal, historical, political) in the beauty and excitement of the form.

The best Irish drinking songs have become familiar because they reach for and embrace universal qualities that appeal to everyone, but perhaps tug at the Irish head and heart most of all. Some tunes are wistful or express devotion while others want to raise hell. Some are just plain fun.

See the list of the greatest Irish drinking song, in no particular order:

“Will You Go Lassie, Go” (AKA “Wild Mountain Thyme”)

This midtempo, wistful song that suggests spring frolicking among the natural beauty of the Irish countryside is a dead-ringer for a traditional tune born in the 18th or 19th Century. However, “Will You Go Lassie, Go” is really a 20th Century imposter.

The song’s melody or some of the lyrics might date from older sources, but the song in its current incarnation was actually only formally copyrighted in 1957 by a Belfast songwriter. The tune, whose lyrics recall Robert Burns’ poetry, had a major influence on folkies and was recorded by the Byrds, Marianne Faithful and James Taylor over the years. The song was quietly slipped into the set of Bob Dylan’s 1969 comeback concert on the Isle of Wight, an understated nod to the debt he owed to Irish music

Perhaps the best known version of the song was recorded by the Clancy Brothers and Tommy Makem in the 1960s during the squeaky-clean portion of the folk music revival in the U.S. Their rendition is wistful and reverential, but before the second verse starts, the track’s rhythm has a spry skip that keeps the song from being a lament. Take special note of the complicated, overlapping vocal harmonies the brothers and Makem deploy to give the melody greater shading.

You might put on your Irish sweater before you listen.

Regardless of its modern origin, “Danny Boy” has become a classic for living room crooners and a staple at infamous Irish wakes because of its wavering melody and the raw emotion expressed in lines like “I’ll be here is sunshine or in shadow/Oh Danny boy, Oh Danny boy, I love you so.” Sing it and there’s guaranteed to get some blubbering from your audience.

Music legend Johnny Cash made the most recent impactful recording of the song on his 2002 album “American IV.” His version — awash with an overpowering church organ — begins like the anthem for a high school graduation ceremony, but the naked, unsteady tone of Cash’s voice imply an emotional meaning that unexpectedly rescues the performance from Grand Old Opry corniness.

Get your tissues ready before listening to this:

Although “The Rare Old Mountain Dew” is a challenge to sing or play given its clipped pace, this late 19th Century song is the perfect exemplar of the sly beauty of Irish music.

The song appears to be a cheeky homage to poitín, or Irish moonshine, but the music’s value is in the richness of the wordplay and its lively, carefree rhythm. The lyrics’ rhyming scheme is spot on, but at the same time, comes across as loose and occasionally wonderfully nonsensical. The melody, meanwhile, is a charging stampede whose descendants can be traced to country, bluegrass and even Mexican concertina music. The song works as just a ditty, but focusing on just that makes you miss its genius.

One of the best arrangements of the tune came when musical traditionalist the Dubliners and music hellions the Pogues tracked a version together. The joint collaboration came during the period when the Pogues had their largest impact on the pop music scene of the mid- to late ’80s. The song’s pace was quickened, but that couldn’t derail the rapid-fire vocal delivery of the Dubliners’ Ronnie Drew and the Pogues leader Shane McGowan. While Drew passed away in 2008, it’s hard to imagine McGowan could pull off such vocal dexterity these days considering he remains at the top of dentistry’s most wanted list.

Listen and try to pick out the words if you can.

“Irish Rover” is a full-blooded child of Irish traditional music and can be counted on to be featured during any pub session at any establishment worth its Guinness.

Set to a galloping rhythm, the song mischievously tells the story of a sailing ship stuffed with rags and wretches that meets an unfortunate end during its madcap journey.

As such, the tune has found its way into the hands of nearly every Irish group from the Clancy Brothers to modern-day Celtic punks, the Dropkick Murphys. The Pogues and the Dubliners jointly recorded an updated version of the song in the mid-’80s (more on their collaboration later), but the song’s traditional form is still a potent mix of mirth and misery set to a toe-tapping reel.

Hear the Dubliners performing a more faithful rendering of the song.

“Whiskey In The Jar”

“Whiskey In The Jar” is probably the most famous Irish song period. While it’s a pillar of Irish trad, the song has also had a vivid life in other music spheres, creeping into the canon of folk music, country, pop and even heavy metal.

The Dubliners, Peter, Paul and Mary and even Belle & Sebastian have recorded versions of its, but the song’s renown outside of the pub spread even further when Irish metal band Thin Lizzy and then Metallica did high-octane, bruising renderings of it. Who knew that electric guitars could easily supplant uilleann pipes and fiddles?

One of the best attempts of the song came to light in the late ’90s when the Grateful Dead released a box set of music outtakes that included the band doing an impromptu rehearsal of it. The tune seemingly emerged directly from guitarist Jerry Garcia’s subconscious reservoir of old folk songs and he performs it with surprising effectiveness. In this recording, listen to how Garcia hilariously schools rhythm guitarist Bob Weir and his bandmates on the song’s origin and intriguing lyrics. “I guess that’s Irish?” Weir says, sounding every bit the dullard. “I hope so,” Garcia snaps back, before leading the band back into the tune.

Although incomplete and rife with flaws, the Dead performance demonstrates how the basic ingenuity of the song can overcome the limitations of the musicians playing it. It also reiterates how overlooked Garcia’s deep knowledge of traditional music remains.

And to everyone imbibing this St. Patrick’s Day, slainte!

©Copyright 2011 by David Hyland. All rights reserved. This material may not be published, broadcast, rewritten or redistributed.