The Music People Are Talking About This Year, Next 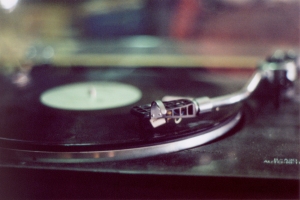 While Beck married his sample-happy approach with rock on “Odelay,” and then flirted with country-rock on “Mutations,” “Midnite Vultures” is Beck’s journey through black music with stops in R&B, soul, funk and new jack swing. Add a little ’70s sheen to the whole mix and you have a brilliantly progressive version of a retro album.

While “Being There” was touted by the band to be their break with roots-rock, “Summer Teeth” really delivers on their claims of being a complete departure. Perhaps the only bit of country left in this record?s sound is the familiar twang of band leader Jeff Tweedy?s voice.

While jangle-ly guitars formed the core of previous outings, these songs are saturated in layers of organ and keyboards. With this being the case, the group is closer to celebrating the Beach Boys, rather than A Flock Of Seagulls.

This 5 CD box set was long overdue for rock?s most eccentric musical genius.

For the uninitiated, to imagine Captain Beefheart’s chaotic musical stew: take the free jazz of Ornette Coleman and Cecil Taylor, mix it with a group of ’60s white blues revivialists, and throw in Don Van Vliet’s bluesy growl. Without a doubt, Beefheart is nothing you’ve ever heard before.

Long misunderstood and ignored, this box set spans the entire career of Van Vliet (a.k.a. Captain Beefheart) and the numerous Magic Bands that backed him from the mid-’60s until 1983, when he left the music business. Full of live material, B-sides and outtakes, the set is a raw portrait of an artist and group in constant motion ?- for better and worse.

The discs document their origins as a potent, yet generic blues band. By the end of the ’60s, the group’s music had mutated into a sprawling guitar hodge-podge, with different melodies appearing and then evaporating. The ’70s would prove to be either feast or famine depending on the level of Van Vliet’s inspiration.

Add to all this is the insightful liner notes by Rolling Stone editor David Fricke and a history of the ensemble by Magic Band drummer John “Drumbo” French, and some great interactive videos hidden on disc 4, and the album is well worth the box set price. (Look for more on this box set in an upcoming column).

4) “Return of the Grevious Angel: A Tribute to Gram Parsons”

What Gram Parsons never got in life, he got in death. While his handful of albums helped lay the groundwork for his mixture of country and rock, they were widely ignored by critics and the masses. But it was fellow musicians — Tom Petty, Elvis Costello, Steve Earle, Wilco, Son Volt, the Jayhawks, Beck, and most infamously, the Eagles — that took country-rock to new heights and to the bank.

On “Return of the Grievous Angel,” many of those influenced by Parsons can repay the debt and shed some light on this unknown hero.

Parsons always brushed with fame, but never really got there. He was a Southern rich kid with a emotive voice who replaced David Crosby and hijacked the Byrds into taking a country-folk detour, “Sweethearts of the Rodeo.” It was probably the Byrds’ best album.

Only a few short months later, Parsons bolted the band with their last original member, Chris Hillman, and formed a real country-rock outfit, the Flying Burrito Brothers. Though he would on release a couple of albums with the Burritos, “The Gilded Palace Of Sin” would prove a masterpiece that earned raves from even Bob Dylan.

Also at this time. Parsons was also responsible for introducing the country elements into the Rolling Stones. Parson and Keith Richards had struck up a strong friendship during his Byrds days and as Hillman often speculated, Parsons enjoyed hanging with Richards more than playing with the Burritos. His influence can be heard of throughout the Stones songs on “Exile On Main Street,” “Sticky Fingers,” “Let It Bleed,” and “Some Girls.”

When Parson finally decided to strike out on his own, he struck gold again when he discovered Emmylou Harris. Backed by Elvis Presley’s band, Parson and Harris would release “Grievous Angel,” and “GP,” before drug and alcohol abuse eventually proved too much and Parsons, and he died of an overdose in 1973.

This tribute album transcends the image of being just a collection of covers. You can hear the musicians’ enthusiasm and their extensive knowledge of the music. The highlights are many: Elvis Costello’s take on the solemn “Sleepless Nights,” the impatient tone that marks the Pretenders and Harris duet on “She,” Lucinda Williams and David Crosby’s spirited remolding of “Return of the Grevious Angel.” The album’s best song is Harris and Beck’s stark duet on the Burrito classic “Sin City.”

Though many would think the aging musicians of Buena Vista Social Club would be too brittle to sway their hips with a Latin beat, these guys have a surprising amount of life and lust in them. Long ignored in their native Cuba, this album — produced by Ry Cooder — is about rebirth and a rediscovery of Cuba’s music and her great musicians. And what a rich and varied music these artists draw on and create. The album’s songs dabble with Cuban folk, American jazz, big band music and even Frank Sinatra/Nat King Cole-style ballads.

Now, let me say, although these albums came out in 1998, they are still among the best this year.

What the Fugees only ever promised on their first two efforts, Wyclef Jean and Lauryn Hill both deliver (and some) on these solo efforts. Like Public Enemy?s “Fear Of A Black Planet” these albums raise the mark for hip-hop artists.

Both artists bring different gifts to the table and their albums only succeed in accentuating their talent.

Wyclef Jean is an expert arranger, an accomplished guitar player and witty lyricist. He can easily take older songs “Stayin? Alive” or “Guantanamera” and remold them into something with his mark on them. His originals, most particularly, “Gone Till November” meld and showcase all his talents simultaneously.

Hill’s record is a more orchestrated affair. Each track has a lot more music going on: Horns fight for room with organs that elbow backup vocals that are trying to outdo the guitars. Shining above it all is Hill’s majestic singing voice and aggressive rapping style. She?s as strong a lyricist as Wyclef, but with a more serious tone.

What is remarkable about both records is the how often you can hear faint traces of Santana in their music (Santana even guests on Hill’s album).

8) The Clash “From Here To Eternity”

What this live album does is fill the gap in the Clash?s catalog. While their studio albums altered rock music, half of what made them so dynamic ? their live show ? went underrepresented.

This album drafts “greatest hits” tracks from various concerts throughout the band?s career and it doesn?t disappoint.

Honorable mentions: Now here’s a listing of some albums that didn’t quite make it, but are worth looking into: Tom Waits “Mule Variations;” Q-Tip “Amplified;” Foo Fighters “There’s Nothing Left To Lose;” Counting Crows “This Desert Life;” Santana “Supernatural.”

©Copyright 1999 by David Hyland. All rights reserved. This material may not be published, broadcast, rewritten or redistributed.