Examining The Future Of Music Delivery 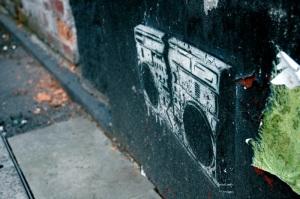 Let’s face facts here: The Internet is changing everything.

I regret using the cliche, but it really is a revolution. Time magazine voted the founder of Amazon.com as its Man of The Year, not because he’s proven to be the best businessman, but because of the untapped potential that Jeff Bezos uncovered out there. Bezos realized that besides endless bytes of information, the Internet also allows a new arena of commerce.

Of course, with every revolution, there are those that are none too pleased: the established players. The malls of the carbon-based world (as opposed to the cyber world) are probably not thrilled with the idea that everything their customers want is just a click away.

But perhaps the fiercest area in which the online world and “unplugged” businesses are fighting over customers is in the music industry.

The battle being waged through lawsuits, threats and Web-page hits centers on who’s offering music online, how they’re doing it and how much it is or isn’t costing.

The scope of this is only now being realized, at least by corporate America. To see how seriously the music industry is taking the Internet, you need only look at the headlines.

As you might have heard, Internet giant America Online announced a couple of weeks ago that it was buying Time Warner. On that heels of that announcement came word that the music division of Time Warner, Warner Music, was joining forces with competitor EMI.

And according to industry rumor, BMG might be planning to buy out one of its rivals in the near future.

These high-priced mergers are strategic positioning for the coming of the upheaval. Though they extend beyond simply the selling of music, they will dramatically impact your record-buying habits.

So what is it that has the music industry quaking in its boots about online music sales and “Internet music privacy?”

First, it has something to do with the record industry’s slow reaction to recognize the market potential of the ‘Net. On many company sites, you can buy a CD and have it mailed to you.

But, as yet, there is no framework in place on most sites for visitors to download the album of their choice and store it on their computer. As computers, modems and computer sound systems have improved, the idea of downloading music seems like the most probable future for the industry (although that prospect does leave those who love album art and linear notes out in the cold).

The second factor that angers the music industry is the number of people who already are trading or selling music online and the computer programs that are being used. Of course, their main target is those who are trading/selling the music of their artists without the companies’ approval.

To combat these upstarts, the industry, through its umbrella organization, the Recording Industry Association of America, has unleashed legions of cease-and-desist orders and lawsuits. The main contention point of these legal actions is that these audio files violate copyrights.

As this system circumvents the normal way in which the industry and artists are compensated, they feel that someone, somewhere, owes them money.

There are several programs on the ‘Net that play music: RealNetworks (which makes Real Audio), Liquid Audio and Windows Media, to name but a few.

But perhaps the most controversial and the one that gets the most media attention is MP3.

What MP3 does is this: It compresses music files at near-CD quality for easy transmission over the Internet. The big record labels insist that using MP3 is “piracy.”

Currently, thousands of Web sites offer songs and albums that are free to download, as long as you know where to find them.

The suit was sparked by MP3.com’s unveiling of two new programs that would allow users to store their MP3s in an account online and access it from any computer with an Internet connection.

The first, called the Instant Listening Service, allows a person to buy an album online, and MP3 versions of the album’s songs will be transferred to an account which can be heard from any computer with an Internet connection. The one catch is that the music cannot be downloaded or saved on the computer.

The other program, called Beam-it, allows users to have an MP3 transferred into their account after they insert a CD into a computer. In this instance, the music isn’t uploaded from the CD, but rather the disc is identified and the MP3 is taken from the Web site’s 40,000-album library, Sonicnet reported.

In addition to that, the prospect of a portable MP3 player, which would enable listeners to download their music and play it wherever they are, is something that the industry is dreading.

Over the next few columns, we will be examining the future of online music, specifically: What is this MP3 thing that has prompted an all-out war between the recording industry and a growing handful of Internet interlopers?

As we are set to talk about this issue, there’s one thing I must first confess — my technical knowledge is pretty limited.

But please don’t let that discourage you from reading on next week. To get us over this giant obstacle, I will be enlisting a special guest who will be able to answer any questions next week. And that’s the main point — I want to hear what you want to know.

If you have a question you’d like to have answered in regard to online music, please send me an e-mail.

For more info (because you just can’t wait):