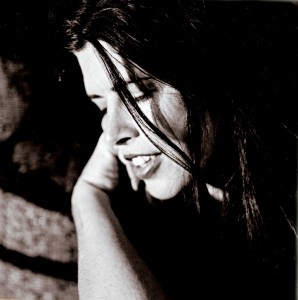 The famous saying about great songwriters who may seem lacking in the vocal department — Dylan, Tom Waits, Lou Reed, etc. — is that even though other artists may cover their songs, they never really glean from the material what the original writer can.

With her squeaky voice that flutters with the sound of adolescence, Victoria Williams seems like a classic candidate. In fact, a complete album of her mostly-acoustic songs was done by various artists to offset the cost of her medical expenses for multiple sclerosis in the early ’90s. “Sweet Relief,” which featured Reed, Matthew Sweet, the Jayhawks, Pearl Jam and others, was a spectacularly eclectic album which elicited more media attention than any of Williams’ albums. (Sweet’s version of “This Moment” might be one of his best performances).

And although “Sweet Relief” gave Williams a higher profile, it’s been her songwriting that has kept her albums in demand — if only on a cult level. She’s steadfastly marched to her own drummer.

For most of the last decade, Williams has quietly released folk-oriented albums and collaborated with her husband Mark Olson (formerly of the Jayhawks) as the Original Harmony Creekdippers. But, Williams’ newest effort, “Water To Drink,” threatens to alter the world’s musical perceptions of her and to bring her to a wider audience.

A tumbling cascade of acoustic guitar, piano and wah-wah guitar brings us into the album’s first song, “Grandma’s Hat Pin.” It’s easily the most accessible song on the record thanks to William’s spell-binding word selection and her doubled-up vocals that sound like she’s singing into a bucket. The song also features a pair of cranky guitar solos by Williams herself.

What’s most surprising about “Water To Drink” is the musical variety within. Although Williams’ reputation is that of a folk-country singer, the record shows her equally at home with horn sections and a standup bass as she is with pedal steel guitars. The album makes pit stops in Brazilian music, jazz, lounge tunes and of course, folk-country and rock.

The album takes a dramatic departure on track 3 when Williams slips into scat-mode and offers up “Water To Drink.” A lounge-like, subdued Latin number, the song is the record’s sole cover and is masterfully done. With hushed horns, delicate backup vocals and spicy percussion, Williams gives her most sensitive vocal performance — proving that she could cut it as a jazz singer.

On “Joy Of Love,” Williams teams with husband Mark Olson for a stunning duet. The song’s lyrics of living and loving at a quiet country home hints at being autobiographical (making the duet all the more fitting). With swinging drums, acoustic guitars and an occasional trumpet line, the duo sing obscure lines in unison, like, “He must be doing something important ’cause he can’t come down.”

“Until The Real Thing Comes Along” is the most startling song on the record. Accompanying by something similar to one of Ray Charles’ full-orchestra albums, Williams takes a stab at big band music. She now sings with a cool and smooth swagger and although she’s singing in a different genre, she doesn’t try to imitate anyone. Hearing the song, which includes a mournful coronet, you can almost imagine her shedding her wide-brimmed hat and overalls for a sparkly cocktail dress and long white gloves.

With a wavering yelp, Williams duels with a pedal steel on solemn tracks, “Lagniappe” and “Light the Lamp Freddie.”

The only fault seems to be poor pacing on the album. Too many of the slow, steel guitar tunes are delayed until the second half of the album, and it has a dragging effect.

Although it would be foolish to expect Williams to land on the radio anytime soon, one would hope that “Water To Drink” would solidify her position as a bold and original artist/writer. It will also show that there’s more under that straw hat than re-heated Gram Parsons’ tunes.