To boil it down to a sentence, the job of the songwriter is to be a communicator. The job’s central challenge is to create a worthwhile message and fit it into a package — music and lyrics — that’s attractive to listeners.

During the last year, master songwriter Warren Zevon was placed in a unique position for an artist. Staring down a terminal case of cancer, Zevon — who passed away last week at the age of 56 — had time to formulate a message to say goodbye to whomever and however he wanted.

And thanks to all the publicity about his illness, last fall’s special appearance on “The Late Show With David Letterman” and a heart-stirring VH1 documentary, Zevon’s final testament, “The Wind,” was assured a chance to reach many more people than Zevon would have ordinarily. (In fact, the album sold 47,000 copies in its first week of release and landed in top 20 of Billboard’s album chart.)

Ultimately, this unusual circumstance both helped and hurt Zevon’s farewell.

Like Zevon, former Uncle Tupelo and Son Volt leader Jay Farrar has earned a reputation as great songwriter by developing a unique musical style but also transcending it. Whereas Zevon’s songs were often surreal and biting in tone, Farrar’s work is typically biographic and set in rural, working-class Middle America.

Warren Zevon was a man who never pulled punches. While he cleverly hid his grains of wisdom in sarcasm, in humor or in the ridiculous, he always conveyed a meaning that shone through its songwriter-created disguises and stuck with a listener. 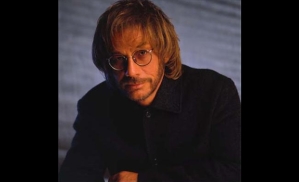 After years of working the folk circuit, Zevon first came to mainstream prominence in the ’70s as a member of the California branch of the singer-songwriter movement (read: Hollywood cowboy), which produced The Eagles, Jackson Browne and Linda Ronstadt, among others. Like so many ex-folkies of the period, he signed to music industry impresario David Geffen’s Asylum label.

But unlike his classic rock contemporaries, Zevon’s music stood apart. With the exception of Tom Waits, Zevon’s voice and creative vision was the most fiercely individualistic and idiosyncratic the scene had ever produced. His songs were often surrealistic and accented with a touch of the perverse, but they could also be touching and illuminating. If his songs were a journey, you never quite knew how the ride was going to go and where you were headed, but he always delivered you somewhere.

And unlike Waits, Zevon had his own brush with fame. FM radio made a hit in the late ’70s with “Werewolves of London.” Although his celebrity faded, Zevon consistently created critically praised but non-commercial albums throughout the ’80s and ’90s (including a 1987 record backed by members of R.E.M.). His following remained small but was dedicated.

By 2000 and as seemingly uncommerical as ever, Zevon was no longer the kind of artist coveted by major labels. With likely few choices before him, he hitched his star to another music mogul, Danny Goldberg, and signed to Goldberg’s Artemis Records. Zevon released two albums in quick succession, 2000’s “Life’ll Kill Ya” and 2002’s “My Ride’s Here.”

However, Zevon’s luck took a turn for the worse when in September 2002 he announced that he had been diagnosed with incurable lung cancer. Given a prognosis of only three months to live, Zevon quickly reverted back to studio mode and began making “The Wind.”

As a whole, “The Wind” is an uneven album and is full of contradictions. With the possible exception of the paranoia-fueled “Disorder In The House,” most of Zevon’s final words to this world are highly personal in nature. And yet, if he’s trying to teach people anything, he’s doing so through the prism of his own experiences, his own failings, his own triumphs. This is easily his most personal work, but it’s in many ways the least representative of his body of work. These tracks are all extremely personal statements, but they are mostly plainspoken and don’t really demonstrate his skills at wrapping his ideas in metaphors — not matter how humorous — but still carrying meaning.

And while this is a very personal album, it’s hard not to be distracted by the sheer star power that’s compressed into this 11-song set. The guests include Browne, Bruce Springsteen, Tom Petty, The Eagles’ Don Henley, Joe Walsh and Timothy B. Schmidt, Styx’s Tommy Shaw and guitarist Ry Cooder, and although they don’t really overwhelm Zevon’s presence, it’s easy to pick out the familiar voices or guitar playing that pops up on nearly all the songs.

The record’s opening tracks, “Dirty Life And Times” and “Disorder In The House,” certainly capture Zevon hamming it up at his rascally best. “I want a woman with low self-esteem,” Zevon slyly wheezes on “Dirty Life And Times,” a song about a beguiling tramp who’s looking for love and coming to terms with his sordid past. Springsteen’s hearty yelp and grungy Telecaster playing adds some sneer to “Disorder In The House,” but Zevon can still bring a smile with lines about how he’ll live it up “whether it’s a night in Paris or a Fresno matinee.”

Sadly, the album doesn’t keep pace long before slipping into a batch of soft-hearted and straight-laced ballads. Before failing to ill to speak publicly, Zevon spoke about the frantic pace that he and others put in to complete the album and the rush shows in these tracks. Built around a rather simple and rigid piano progression, “Numb As A Statue” features lyrics that are as obvious as the song’s title. “She’s Too Good For Me” is more polished and has a definitive Eagles flair to it — thanks not only because of Henley and company’s backup vocals — but because of the song’s sure-to-please soft-rock melody. But again, the lyrics are absent any nuisance. Also, his self-loathing is getting a bit overstated at this point.

The choice of covering Bob Dylan’s “Knockin’ On Heaven’s Door” would seem a double-edged sword. While eerily appropriate in one sense, one would think it far too obvious a choice. In addition, most of the emotional material that’s inherent in this song about a weary lawman has been squeezed out of it after being covered so many times by so many different artists. Zevon’s version is straightforward with the only noteworthy aspect being Cooder, who adds some sweet slide guitar that borrows from Lynyrd Skynyrd’s “Freebird.” Adding an touch of himself to this old chestnut, Zevon pleads, “Open up, open up,” during the song’s extended outro.

Zevon does rally in the record’s later half. Although it’s as unambiguous as some of the album’s worst softballs, the piano-based “El Amor De Mi Vida,” with it’s Spanish-sung chorus, is surprisingly tender. “How could I have let you get away?” Zevon croons.

Equally well done is the album’s closer “Keep Me In Your Heart.” Backed by acoustic guitar that mimics a mandolin and some light drumming, Zevon does some of this best singing. Perhaps fearing that he’ll be forgotten, the song is a child-like reminder to think of him.

Such a statement, although beautifully done, is also unnecessary. Whether “The Wind” is a success or not isn’t what will keep Zevon’s memory alive. He said what he wanted to say the best he could and no one will fault him for trying. It’s Zevon’s total body of work that will best represent him, that will ensure his legacy and will serve as the best reminder.

Returning only two years after issuing his own kind of farewell, Jay Farrar’s new album hints that he’s regretting his decision to abandon his musical past, but is struggling to get back to what he knows.

After having earned respect as a gifted songwriter while leader of alt-country pioneers Uncle Tupelo and Son Volt, Farrar broke with his fans and their expectations for his 2001 solo debut, “Sebastopol.”

For the first time, Farrar was shunning the steel guitars and rustic daydreams that had so preoccupied his mind during the past decade. Using only his acoustic guitar playing as a foundation, Farrar’s new songs incorporated more keyboards and atmospheric, electronic sounds. Like his former bandmate Jeff Tweedy, it seemed Farrar was intent on breaking out of worn-out patterns.

On his new record, “Terroir Blues,” Farrar has taken a step back. Farrar’s new songs have been stripped of most musical embellishments, and consist of only his monotone singing, his acoustic guitar and some quiet accents coming from a slide guitar.

In all likelihood, this idea was born of his surroundings of late. During his recent tours to support “Sebastopol,” Farrar was accompanied only by former Blood Oranges guitar player Mark Spencer (who makes appearances throughout “Terroir Blues”).

Unfortunately, these songs aren’t as compelling — lyrically or musically — to stand so naked. This is the kind of record that requires a great deal of patience, and in the end it’s not rewarding.

In fact, the record smacks of self-indulgence. Supported by bare guitar chords, Farrar’s deadpan vocals are the songs only real melodic device and he steadfastly declines to demonstrate this instrument has any emotional range. Like Dinoaur Jr.’s J. Mascis, Farrar sounds depressed and his depressing. Most of his songs’ characters sound like that too, but they don’t have too much they’d like to do about it. If there is something he wants to communicate to his audience, he’s chosen the most boring way possible.

The relief comes only in spurts. First, there’s the sense of tender pining that Farrar miraculously (but drolly) captures on “Hanging On To You.” Later, he ratchets up the album’s energy level with a full band for “All Of Your Might.” Lastly, there’s the oddball “Fool King’s Crown,” which with its tinny guitar licks and vocals that sound that they’re being sung into a metal bucket, might have been a “Sebastopol” outtake.

The inclusion of alternate takes (particularly, two rival versions of “Hanging On To You”) is insightful in terms of showing how different a song can be delivered. But in the majority of cases, this idea only seems to elongate an album that already drags on mercilessly.